The gradual decline in new US jobless claims stalled last week near 880,000, in a sign of the labour market’s bumpy rebound from coronavirus shutdowns.

There were 884,000 initial applications for unemployment aid on a seasonally adjusted basis last week, the same as the previous seven days, the Department of Labor said on Thursday. Economists had forecast 846,000 claims.

The pace of weekly claims had slowed in the previous two weeks, having risen back above 1m around mid-August as coronavirus cases increased in parts of the US.

The federal Pandemic Unemployment Assistance programme, which offers benefits to the self-employed or other individuals who would not qualify for regular unemployment compensation, tallied 838,916 first-time claims on an unadjusted basis, up from 747,993.

Covid-19 outbreaks in the US south and west, which tapped the brakes on the economy’s recovery this summer, have abated in recent weeks. In Texas, where bars were ordered to close again and restaurants had to cut capacity amid a rise in coronavirus cases, governor Greg Abbott said he hoped to “provide updates . . . about next steps” as early as this week with the state recording a sustained decline in infections and hospitalisations.

The recent drop in weekly claims can also be attributed to a change in the Department of Labor’s methodology for seasonal adjustments, according to economists.

Thursday’s data showed the number of Americans actively collecting state jobless aid rose for the first time in six weeks, with continuing claims climbing to 13.4m from 13.3m for the week that ended August 29. That brought the insured unemployment rate, considered an alternative measure of joblessness, to 9.2 per cent, up from 9.1 per cent a week earlier.

Prior to the coronavirus crisis, the insured unemployment rate’s record high was 7 per cent in 1975. 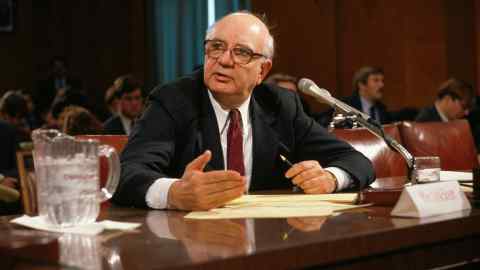 Employers added 1.4m jobs in August, reflecting a slower pace of hiring versus July but extending the labour market’s growth to a fourth consecutive month. The headline unemployment rate sank to 8.4 per cent from 10.2 per cent.

US payrolls have jumped by 10.6m since May, nearly half the 22.2m jobs lost in March and April during the most intense phase of the coronavirus shutdowns.

The Department of Labor said on Thursday that 29.6m people were claiming benefits in state and federal programmes as of August 22, an increase from 29.2m, according to unadjusted figures that are reported on a two-week delay. This tally includes PUA claims and another Cares Act measure that extended unemployment benefits for up to 13 weeks.

Alexei Navalny is Russian for ‘domestic enemy number one’

The technological hurdles of onboarding new employees in a pandemic

‘We still need the Americans for security’

Microsoft Edge beta is now optimized for your M1 Mac